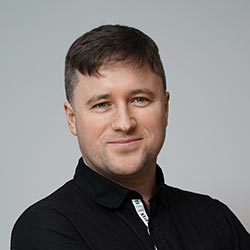 His main research and teaching interests are in the fields of development economics and planning, remote sensing, social and economic theory and philosophy of social science (including methodology). His research focuses on the socio-economic problems associated with the construction of industrial infrastructures of different nature, the challenges for the people living in rapidly industrialized or deindustrialized regions and concerns about inequality and asymmetrical power relations.

He has relevant experience in fieldwork in fossil fuel sites, coal mining and energy infrastructures. His dissertation investigates the social impact of mining boom and mine closure in As Pontes, Galicia, Spain. He has also done empirical work in Eastern Germany former coalmine regions (2015) and in the province of El Cesar, Colombia (2019), where multinational corporations are operating one of the largest opencast coalmines in the world. Based on semi-structure interviews conducted during his fieldwork in Colombia, he is currently writing an article on the impact of multinational corporations on the regional economies.

He has a growing interest in energy sources different from fossil fuel, and is currently involved in one project at understanding the impact of large-scale renewable development projects in a context of energy transition, including one co-author article under peer review.

Much of his research is based on case study approach, as he thinks this is the best way to deepen and highlight the complexity of the phenomenon under studied. He combines both inductive and deductive approaches and utilizes a range of methods, including socioeconomic analysis (census and register data), sociological (social survey, semi-structure interviews, ethnography) and geographical methods, particularly GIS analysis and Satellite Remote Sensing techniques. Theoretically, his research engages with both sociological theories and concepts - Anomie and Gemeinschaf, theory of practice (Bourdieu), social disorganization, social disruption and social capital, on the one hand - and economic theories - dependency theory and resource curse - on the other.

Contribution to his fields

His research offers a complement to more classic economic theories of regional development processes, particularly those related to energy and natural resources in non-metropolitan areas. Leaning on sociological theories, he puts forward the idea that economic booms disrupt regions in a way classic economic studies fail to capture, including crime and social illness increase, symbolic violence and the creation of what he and one of his co-authors has labelled as “concentration problem”. This research is published in The Extractive Industries and Society, Resources Policy and Mine Water and the Environment and Energy Research and Social Science (all of them dealing with the region of As Pontes, in Galicia, Spain; the focus of his doctoral thesis). He has also contributed with one chapter to a collective volume on landscapes of postindustrial Europe, in which he describes how postindustrial landscapes in former coal mining Germany regions opened new opportunities and risks, while moving it away from the stereotyped images of depressed postindustrial areas.

His research also include contribution to improve social science methodologies. He published one peer review article in the Journal of Remote Sensing Applications: Society and Environment. Using Colombia as a case study, he probed that the intensity of nighttime lights correlates significantly with official data on economic activity in rural areas, something he expect will enable the assessment of socio-economic changes at a very fine geographical level in low and medium income countries, where detailed population census data and socioeconomic surveys are rare and infrequent.

Finally, in dialogue with empirical material, his articles are often an exercise of theory building. In many of them, he expands or create new theories to help to better understand the phenomenon under study. He also published one theoretical article in the Journal of Political and Sociological Research, in which he makes a brief overview of the theoretical evolution of the word “community” within sociology, as well as reflect on its meaning in the globalization and information era.